The AWMA honour roll acknowledges outstanding women in the Australian Music Industry who have made significant and lasting contributions in their chosen field. It provides a platform for recognition and appreciation of political activists & exceptional creative pioneers in our sector. 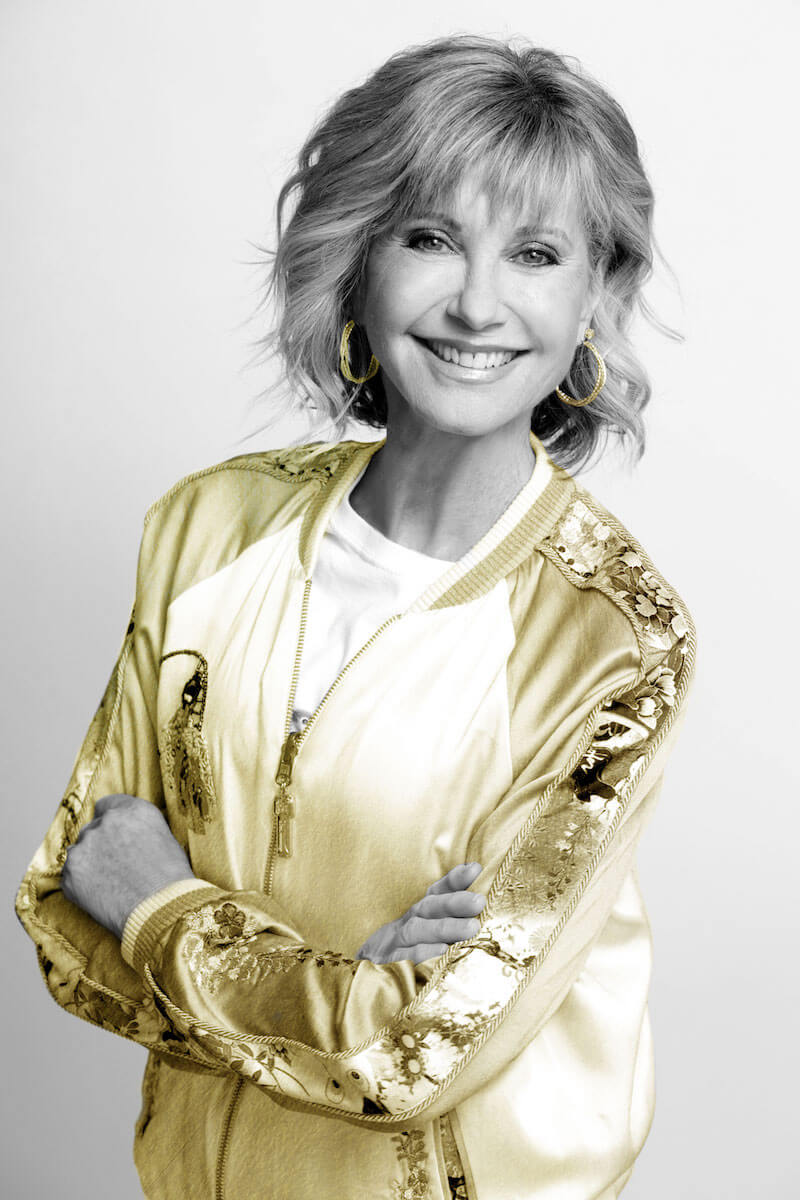 Dame Olivia is a timeless singer, songwriter, actress, entrepreneur and activist with a career spanning more than five decades. She is a four-time Grammy Award winner whose chart career includes five U.S. number ones and another ten Top Tens on Billboard’s Hot 100 and two Billboard 200 number-one albums.

She has sold an estimated 100 million records worldwide, making her one of the highest-selling recording artists of all time.

Dame Olivia has been a long-time activist for environmental and animal rights issues, and an advocate for health awareness – specifically cancer. In addition to being the Champion of the Olivia Newton-John Cancer Wellness & Research Centre in her hometown of Melbourne, Olivia recently launched the ONJ Foundation, an independent charity sponsoring global research into plant medicine for cancer. These investments in new scientific research will educate patients and their caregivers about kinder options for treating cancer.

She has received several Australian honours awards including the Companion of the Order of Australia and was named Dame Commander of the Order of the British Empire in 2019 for her services to music, cancer research and charity. She was awarded Japan’s highest accolade, the Japanese Order of the Rising Sun, in recognition of her decades long musical career and philanthropy. 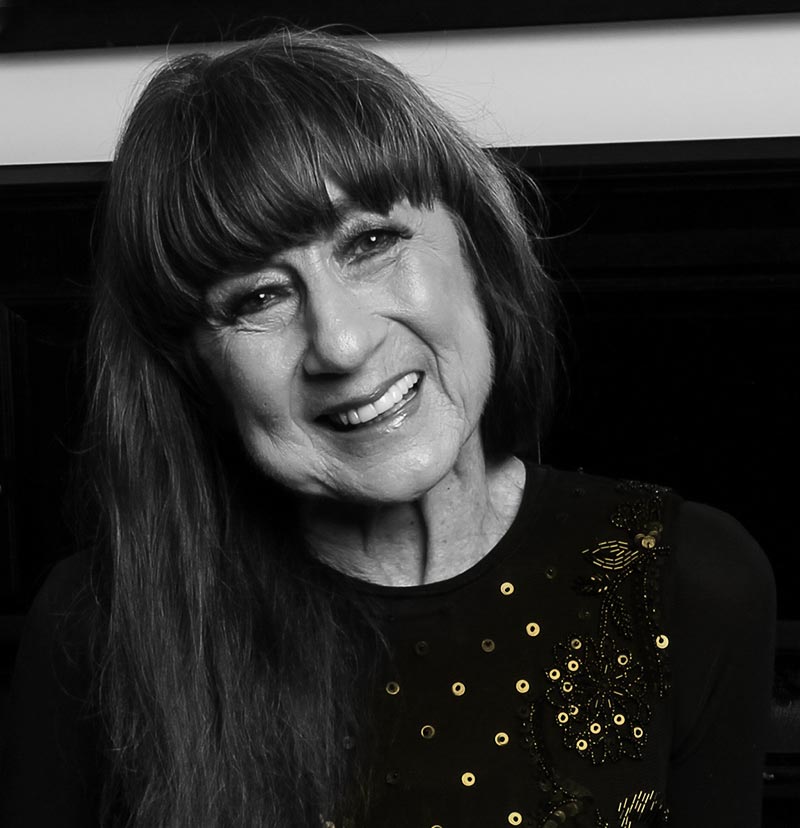 Early in life Judith found success performing blues, gospel and jazz standards, also developing as a serious ragtime pianist. In late 1962, she met work colleague Athol Guy who invited her that very night to join him, Keith Potger and Bruce Woodley, in some harmony folk singing at the ‘Treble Clef’ coffee lounge in Melbourne.

Their subsequent four-year fairytale story is now the stuff of legend – The Seekers took the international pop world by storm; they were the first Australian group to top both the UK charts (“I’ll Never Find Another You”, “A World of Our Own”, “The Carnival is Over”) and the US charts (“Georgy Girl”).

In four short years, they recorded five studio albums, one live album, appeared on television constantly, toured the UK regularly, and the US once, garnered an Academy Award nomination, and undertook three tours of their homeland and New Zealand, during which time they recorded three top-rating television specials.

When they weren’t on the road, they headlined two pantomimes, sang for the Queen Mother in a Royal Command Performance, represented Australia at the World Expo in Montreal, Canada, and accepted the honour of being named Australians of The Year 1967.

By 1968, Judith needed to spread her wings and after The Seekers broke up she asked a London-based freelance musician, Ron Edgeworth, to be her musical director and pianist. In late 1969, Judith and Ron married.

Judith and Ron began an exciting musical adventure, full of surprises, lasting quarter of a century, recording albums with orchestras and jazz bands, and performing on international concert stages around the world, creating musical magic with a wonderful mix of music, from folk to country, jazz to pop, blues to gospel, original songs and even classical.

With Ron’s blessing, Judith reunited with The Seekers for ‘The Silver Jubilee Tour’ and ‘Album’ in 1992 for their 25 reunion.

In 1994, after Ron’s death from Motor Neurone Disease, Judith continued touring, recording and composing. She is acclaimed as a gifted and versatile musician: as a singer, pianist (A.Mus.A), lyricist, composer and poet, showcased in three powerful milestone self-penned albums ‘Hold On To Your Dream’, ‘Epiphany’ and ‘The Australian Cities Suite’. The healing power of Judith’s voice and compositions has been widely documented.

In 2003 Judith celebrated her 60th birthday with her UK ‘Diamond Tour’ culminating at London’s Royal Festival Hall, which coincided with the international publication of Graham Simpson’s best-selling biography ‘The Judith Durham Story : Colours Of My Life’.

In 2006, Judith was invited by rock star Daniel Johns to guest with Silverchair on a track (“English Garden”) for their ARIA award-winning album ‘Straight Lines’.

Behind the scenes Judith has been an egg-free vegetarian since 1968, advocating a lifestyle that is non-smoking, environmentally friendly, decaffeinated, teetotal, drug free and cruelty free. Through her website and her production company Musicoast® she enjoys a passionate involvement in recording, composing, music publishing and the entertainment industry.

Among the many charities she supports, Judith is National Patron of the Motor Neurone Disease Association of Australia, the Injured Nurses Support Group, the Small Miracles Foundation, The Australian Children’s Choir and The Georgina Josephine Foundation advocating driveway safety.

Judith was awarded the Centenary Medal by the Governor General in 2003 for service to Australian society through music, and was honoured by Rotary International when she was invested as a Paul Harris Fellow in recognition of her work on behalf of charities.

2011/12 brought celebrations of Judith’s own anniversary year in the music industry, when Musicoast joined forces with Universal Music Australia for a bonanza of album releases and events. In all, she has released 12 solo albums.

In 2014, The Seekers individually received the Medal of the Order of Australia (A0) and completed their Golden Jubilee Tour of Australia, New Zealand and the United Kingdom.

In 2016 Judith completed her solo farewell tour of New Zealand and in 2018, to celebrate her 75th birthday, Judith released her latest solo album “So Much More”.

Judith currently has a variety of projects in the pipeline and looks forward to bringing them to fruition in the near future. 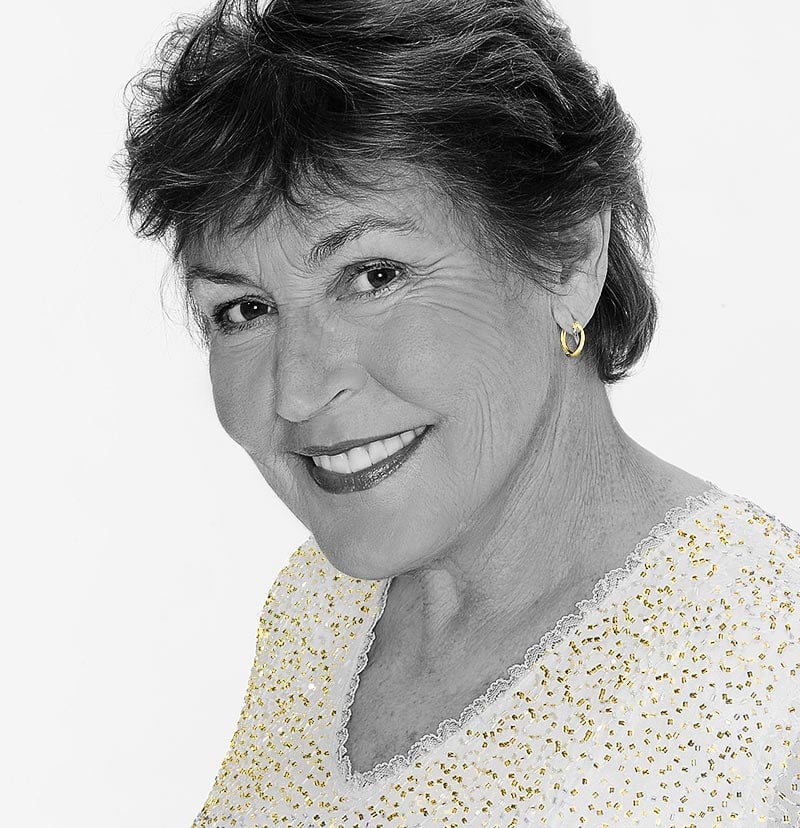 Born into a well-known Australian show business family, HELEN REDDY has had a life and a career richer and more varied than anything she could ever have imagined as a girl in Melbourne. She has dined on her birthday with the Prince of Wales, danced in the White House with the President of the United States, and had a tulip named after her in Holland.

Best known as a recording artist, Helen Reddy had more than a dozen Top 40 hits in the United States. She was the first Australian to win a Grammy Award and to have three #1 hits in the same year. In television, Helen was the first Australian to host her own one-hour weekly prime time variety show on an American network, along with several specials that were seen in over forty countries.

In theatre, Helen has starred in London’s West End and on Broadway in New York. As a solo concert artist, she has played at Carnegie Hall and Lincoln Center in New York, as well as the Royal Albert Hall and the Palladium in London.

Helen was also the first western female performer invited to sing in the People’s Republic of China. In film, her starring role in Disney’s Pete’s Dragon continues to delight the younger generation, while the lyrics she penned for her feminist anthem “I Am Woman” are now included in Modern American History high school textbooks. Besides the compilation, The Woman I Am: The Definitive Collection, all 12 of Helen’s original studio albums for Capitol are now available for digital download worldwide. 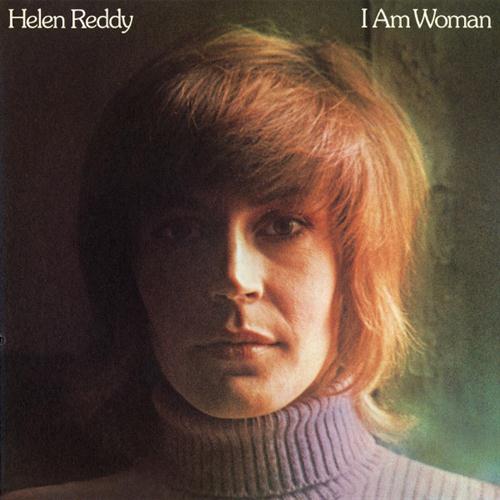 Her best-selling memoir The Woman I Am (Tarcher/Penguin), reveals that at the height of her career, Helen’s world was shattered by the death of both her parents and, simultaneously, the news that she had a rare and incurable disease, A riveting, frank and ultimately brave memoir, she recounts the emotional highs and lows that have shaped her life as an artist and as a complex woman, with a rich inner life sustained by a strong spiritual faith.

Helen retired from live performance in 2002 and practiced as a clinical hypnotherapist and motivational speaker in her native Australia for ten years. But after singing a duet with her sister at her sister’s 80th birthday party, Helen decided to come out of retirement in July, 2012 and return to the stage where, in addition to a selection of her hits, she treated audiences to songs from her vast catalog she had never before performed live.

In 2017, Helen performed ‘ I Am Woman’ for the last time (with the help of thousands) at the Women’s March in Los Angeles.