Led by highly respected music producer and cultural specialist Vicki Gordon, the AWMA team is made up of experts with extensive experience in the production of large scale event management, digital media, strategic planning and development. AWMA is overseen by a Board of Directors comprising professionals who encompass the arts, accountancy, community engagement, not-for-profit governance and law. 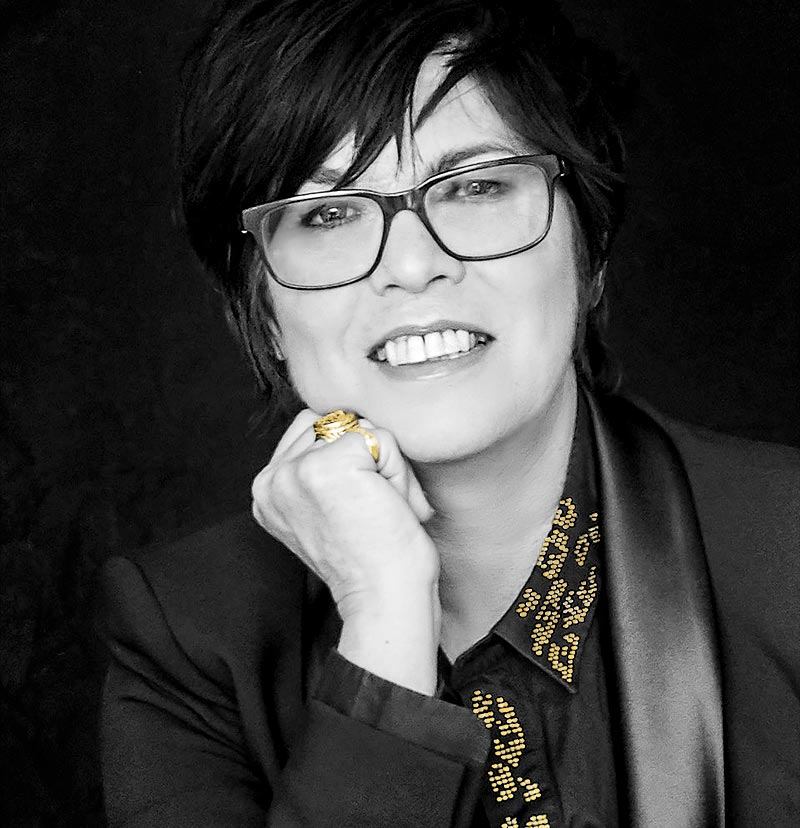 “AWMA’s mission is to lead with generosity, to insist that our society benefits when musicians and those who work with them are empowered from a diversity of places, cultures and identities.”

VICKI GORDON (Ngati Kahungunu) is a Helpmann Award winning music producer recognised for her life’s work to empower diverse new voices to the stage as an ongoing commitment to Australian culture.

In 1990 Vicki established the Australian Women’s Rock Institute, the first organisation of its kind in Australia set up to address the status of women in the Australian Music industry. As Artistic Director she produced Australia’s first Aboriginal & Torres Strait Islander Women’s Contemporary Music Festival; first All Girl Rock Festival, first Training program for Female DJ’s and the very first Fanzine for female musicians.

She has been Music Manager to First Nations singer/songwriters Emma Donovan and Ursula Yovich and as an independent Record Label Director was integral to the success of Vanessa Amorosi’s 5x platinum debut album The Power and world wide hit, Absolutely Everybody.

In 2019 Vicki was the only Australian Music Executive recognised in the AFR Top 100 Women of Influence and was a finalist in the 2020 Telstra Women’s Business Awards.

She is currently co-producer with Bunya Productions to develop the work as a feature film. Vicki holds a Certificate of Completion in Indigenous Cultural Protocols for Business, a Human Rights Commendation and numerous awards in recognition of her contribution to industry. 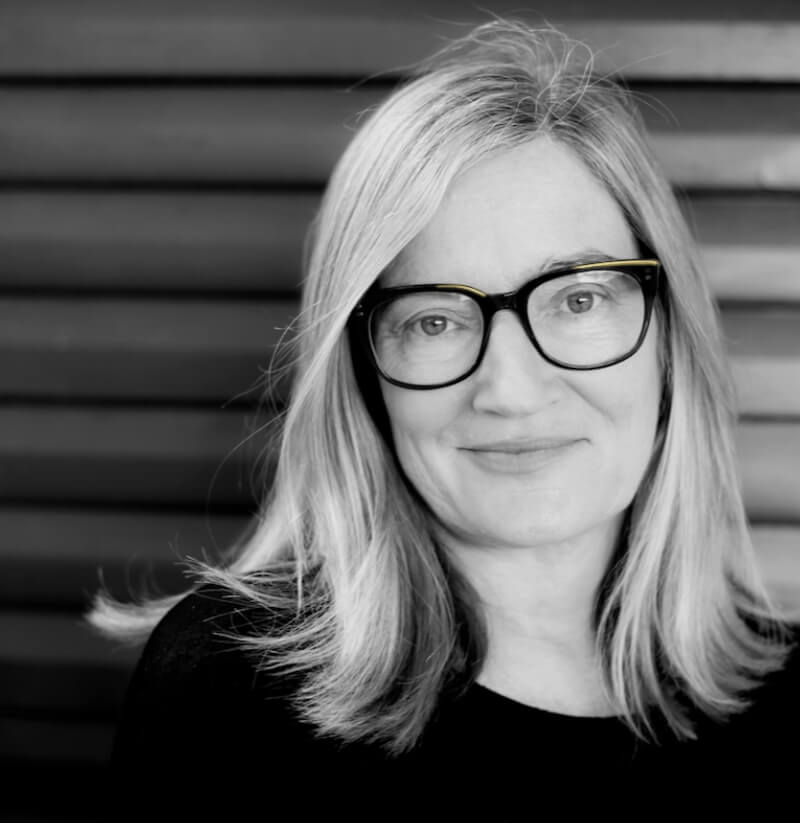 GINA HALL has an extensive career across the broad spectrum of the arts and entertainment industry with demonstrated success in producing high profile and large scale festivals, theatrical productions, events, and initiatives both nationally and internationally. 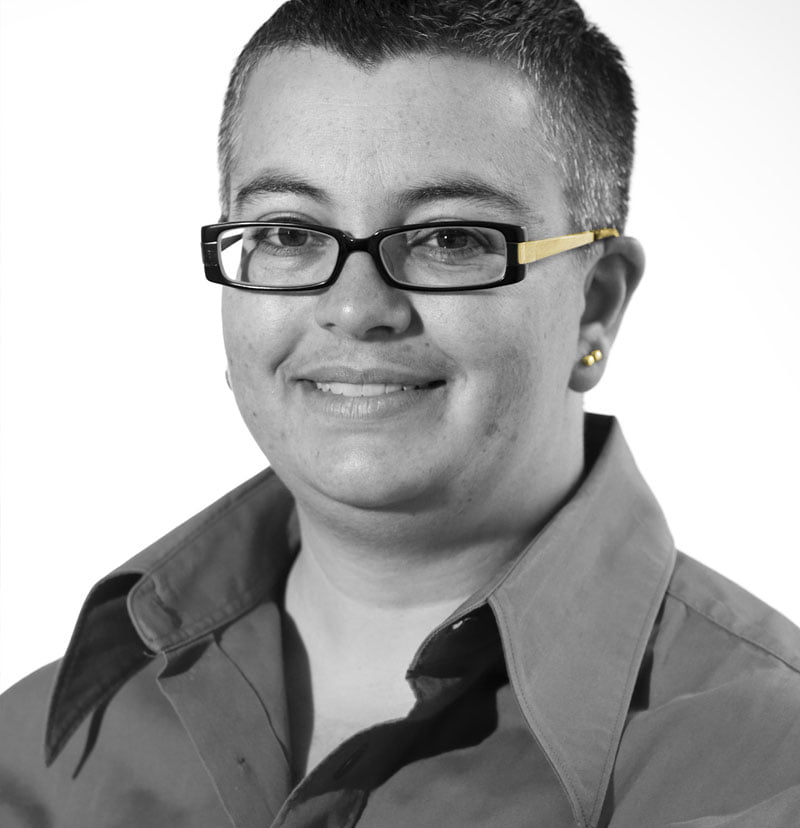 THERESA FAMULARO is the Founder and Director of Brisbane based Company Cre8ion, a producing company specialising in a wide range of theatrical entertainment, large-scale events and experiential installations.

Theresa has extensive experience both nationally and internationally and has focused her talent and skill base in the field of producing, strategic planning and development of new events and digital strategies over the last decade.

Theresa has been invited to speak at the New Cities Summit in Jakarta, The Phillips Collection in Washington DC, Art Place America and Aspen Institute in Aspen and is a regular guest lecturer at the Tisch School of The Arts NYU in New York and at the Australian Center for Event Management at the University of Technology in Sydney. Theresa is regularly engaged as a consultant and strategic thinker for the development of new public events. 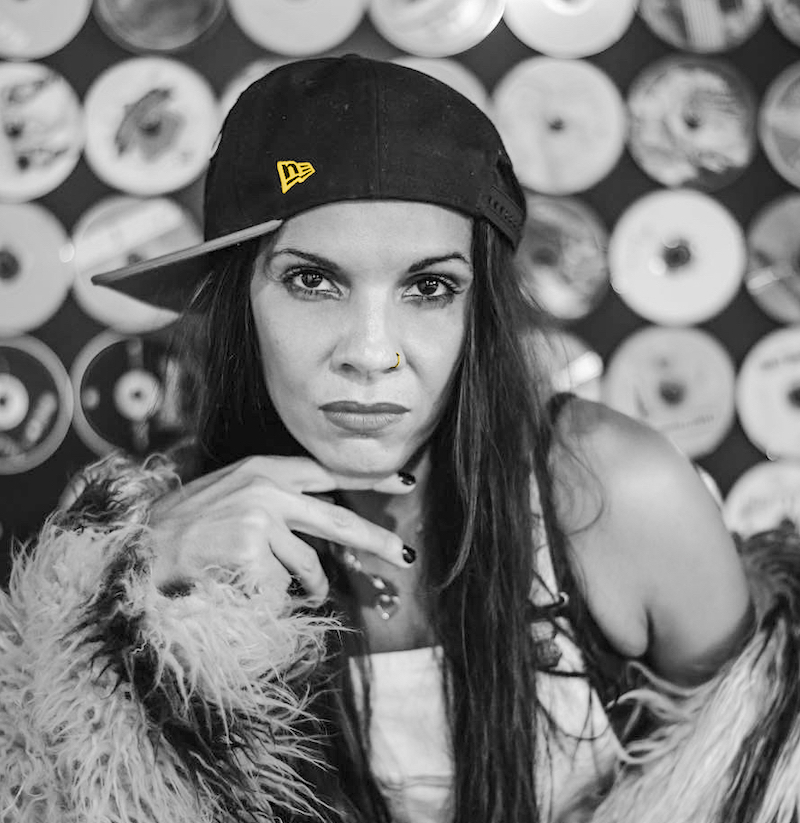 Dizzy Doolan (Charmaine Armstrong) is a proud Takalak, Agwamin, Gureng Gureng and Wokka Wokka woman from Townsville Queensland. She is passionate about being a positive role model and making a difference in her community and currently works as a youth worker with disadvantaged young people in Cairns.

Dizzy studied acting, dancing and music at the Aboriginal Centre for the Performing Arts completing her Diploma Certificate III and Certificate IV in Screen and Media. As a Hip Hop artist, Dizzy performs at various community events and festivals; facilitating workshops to motivate youth by delivering positive messages through music, song and dance.

She worked with Vibe Australia for six years performing and running workshops across the country promoting healthy living for Indigenous and non-Indigenous young people in different cities and remote communities.

In 2009, Dizzy was invited on the Australian tour and performed as the support act for international artists Fatman Scoop and Omarion in Melbourne, Sydney and Brisbane. In 2016 Dizzy toured to South East Asia for the dance project “Move for reconciliation” where she performed and facilitated workshops in Bali, Bangkok, and Kuala Lumpur. In 2017 Dizzy was the opening act for international artists Akon, T-Pain, Kevin Lyttle and Grammy Award Winning artist Mya.

2019 Dizzy performed at Australian Women in Music Awards alongside Australian legend Rénee Geyer, their performance was recently featured on Channel 10. More recently she has had the honour of collaborating and performing alongside Troy Cassar-Daley, a highlight of Dizzy’s career. She is currently working on her solo EP.

In 2022 Dizzy is curator for the inaugural First Nations Women’s Hip Hop Showcase ‘Love for My Sisters’ as well as Hip Hop performer and Co-Emcee with Yumi Stynes, for Australian Women in Music Awards in Brisbane. 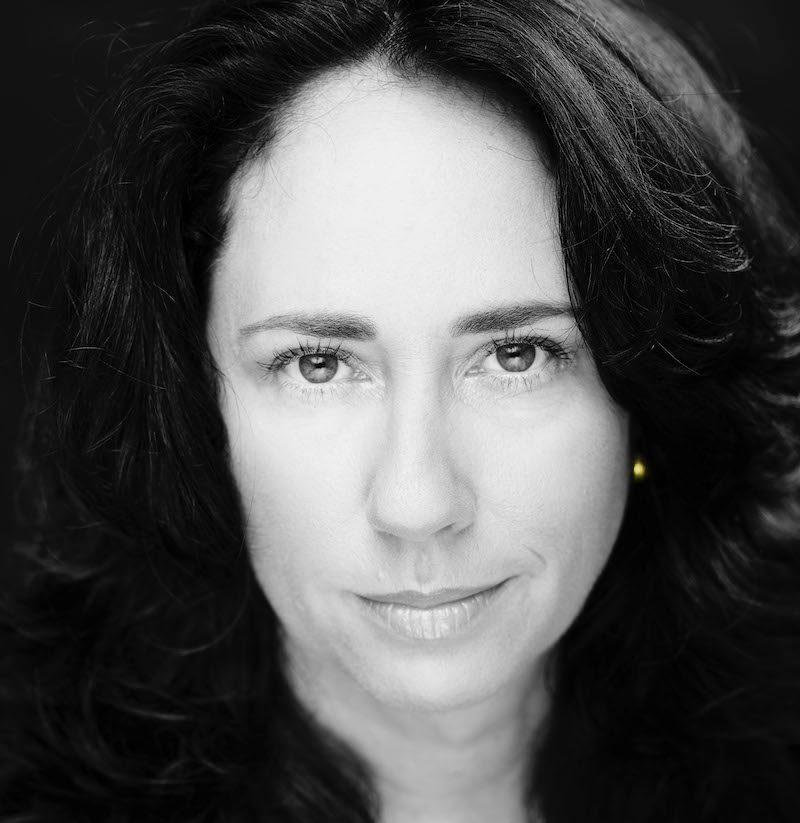 With a distinguished background as an opera singer, Tarita Botsman is also an actress, director, composer and writer. She is an Adjunct Associate Lecturer at the School of Music University of Queensland where she is completing her PhD in musical composition. She is a graduate of the Guildhall School of Music and Drama in London, the Queensland Conservatorium of Music – Griffith University, and Queensland University of Technology in Brisbane, Australia where she studied music, opera and drama.

During her studies in the UK, Tarita was honored to sing for His Royal Highness Prince Phillip at the Worshipful Company of Goldsmiths, and she is the Chairwoman of the Classical Committee for the Australian Women in Music Awards, and is also their ongoing ceremony awards director.

She has also been the Artistic Director of The 7 Sopranos, since 2009. Under her leadership The 7 Sopranos, have independently engaged over three hundred female Australian opera singers, and toured both Australia and internationally to New Zealand, Asia and across the Middle East. Tarita has recorded and produced several albums for The 7 Sopranos. Their debut, self titled album was with ABC Classics in 2013 and their second album, Popcorn, was with Fanfare Records, Cre8ion and Sony Records. In 2015 Tarita recorded an album of lost classical songs – Treasures, with her long-standing accompanist and musical director, Glenn Amer.

With a distinguished international operatic career, Tarita has sang the roles of Adina in Donizett’s L’Elisir d’Amore, Despina in Mozart’s Cosí fan Tutte and Zerlina in Mozart’s Don Giovanni, she performed roles in musical theatre in Australia (major highlight included Maria in Bernstein’s Westside Story with the Queensland Symphony Orchestra), and has performed recitals in France, UK, UAE and Morocco.

She also performed as an actress/singer for all the major state theatre companies in Australia, including four seasons of Terence McNally’s play Masterclass (based on the masterclasses Maria Callas gave at Julliard) that included a season for Sydney Theatre Company at the Sydney Opera House.

In more recent years she has written several theatrical works including Reverie (2014), Songs from Stage and Screen (2016) Her current work – Julie – the musical, is a commissioned work by theatrical and screen producers True Friend Productions in the USA and Cre8ion in Australia.

Tarita is a passionate feminist, advocate and mentor for females working in the performing arts, and a proud member of the LGBTQI community in Australia. 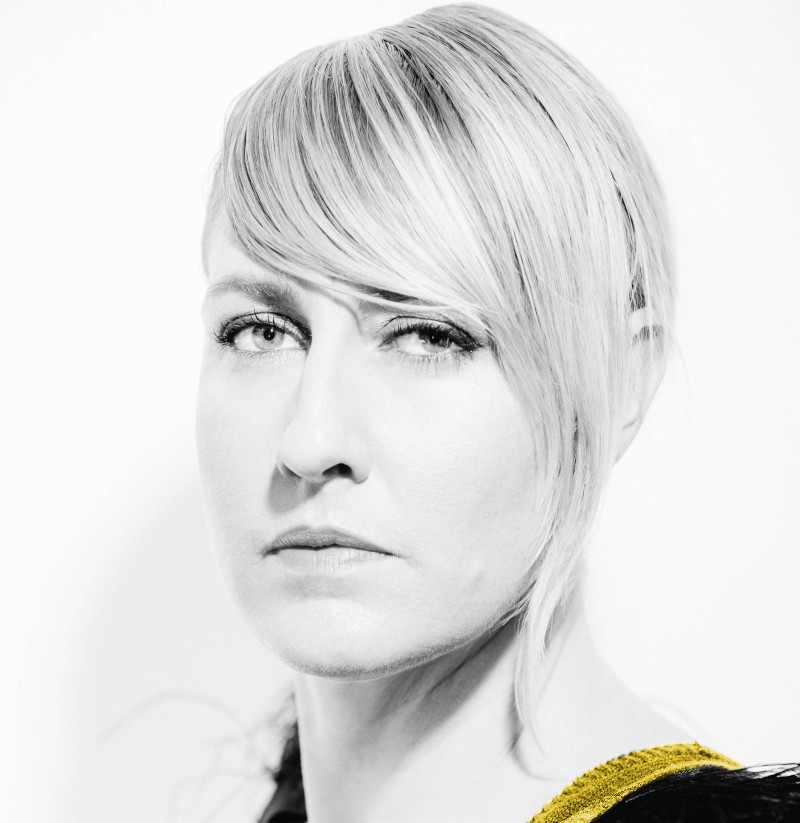 Zoe is one of Australia’s most in demand session musician’s who has recorded and performed with some of the country’s most iconic artists including Paul Kelly, Neil Finn, Wendy Mathews, Kate Ceberano, Missy Higgins, Ian Moss, Kasey Chambers, Katie Noonan, Tim Rogers and Peter Garrett.

Zoe has recorded on over 80 albums, performed at every major Australian festival and at a multitude of venues in both capital cities and regionally. In 2017 and 2018 Zoe was a finalist in the National Live Music Awards for “Australia’s best bassist”. Internationally Zoe has toured throughout Asia, Europe and America. 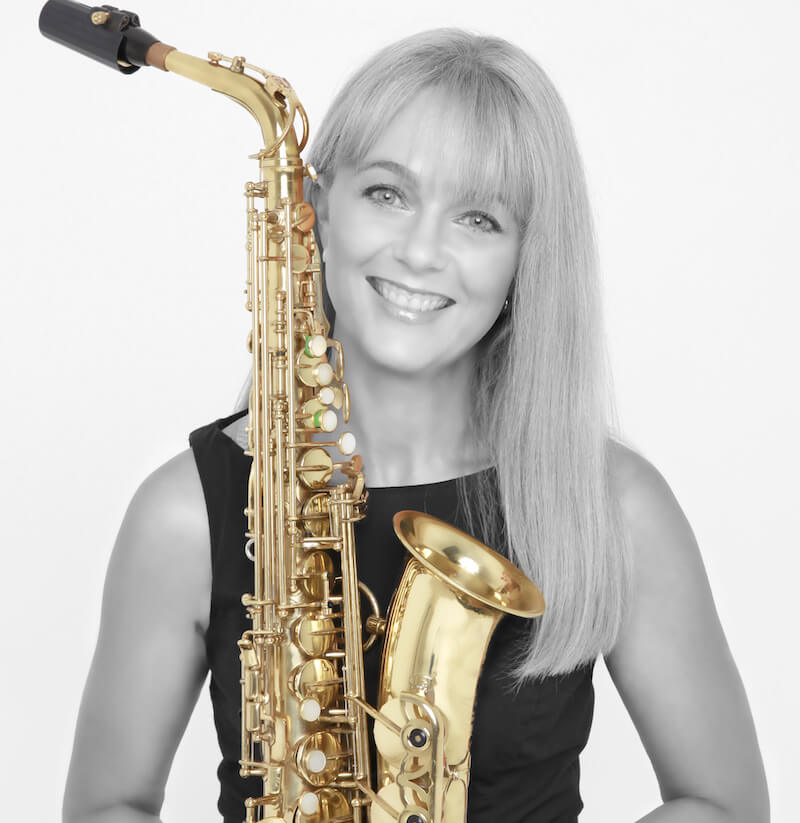 Diana is Senior Lecturer of Professional Practice at the Queensland Conservatorium Griffith University and a D’Addario International Artist. She is also a freelance woodwind specialist in a multitude of genres performing both nationally and internationally.

Her international artistic practice has been supported by a Churchill Fellowship and Queen Elizabeth Trust Scholarship. Passionately teaching performance, pedagogy, musicians ‘health’ and vocational preparation, Diana’s excellence has been awarded an AEL Group Learning & Teaching Citation (2014), Highly Commended in the ‘Employability within the Curriculum’ category of the Griffith University Awards for Excellence in Teaching (2016) and a University Australian Citation for Outstanding Contributions to Student Learning (2018).

Diana continues to contribute to the Australian music industry via her post-PhD research into musicians ‘lives’ and the release of solo and chamber music recordings. She has been an AWMA Juror Council member for the past 2 years. 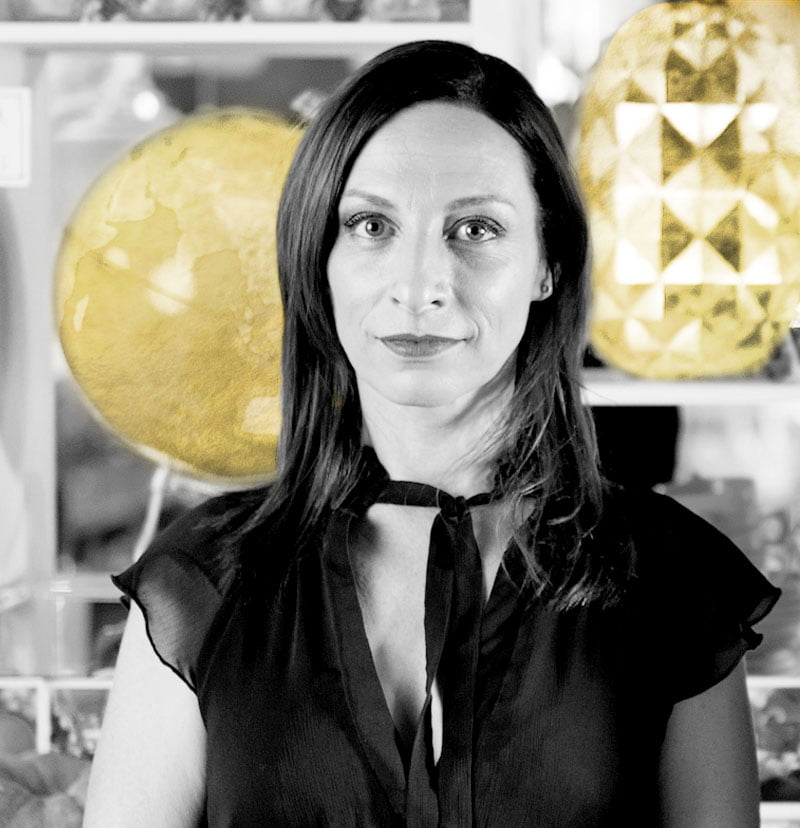 Roz Pappalardo is a professional producer / touring singer / songwriter / musician / actor / community engagement arts worker and qualified educator and facilitator. She has worked in the Independent Australian and International music industry for approximately 20 years in management and as a touring musical artist. Roz has worked in community arts development for over 10 years, specifically with emerging artists and indigenous / ethnic community, writing, recording and facilitating arts outcomes with a broad sector of the community. Roz has written, featured in and produced multiple theatrical events across Queensland- from new work musical theatres, to one woman cabarets, to band performances, to festivals. Roz is also a qualified teacher and holds a current blue and ochre card. 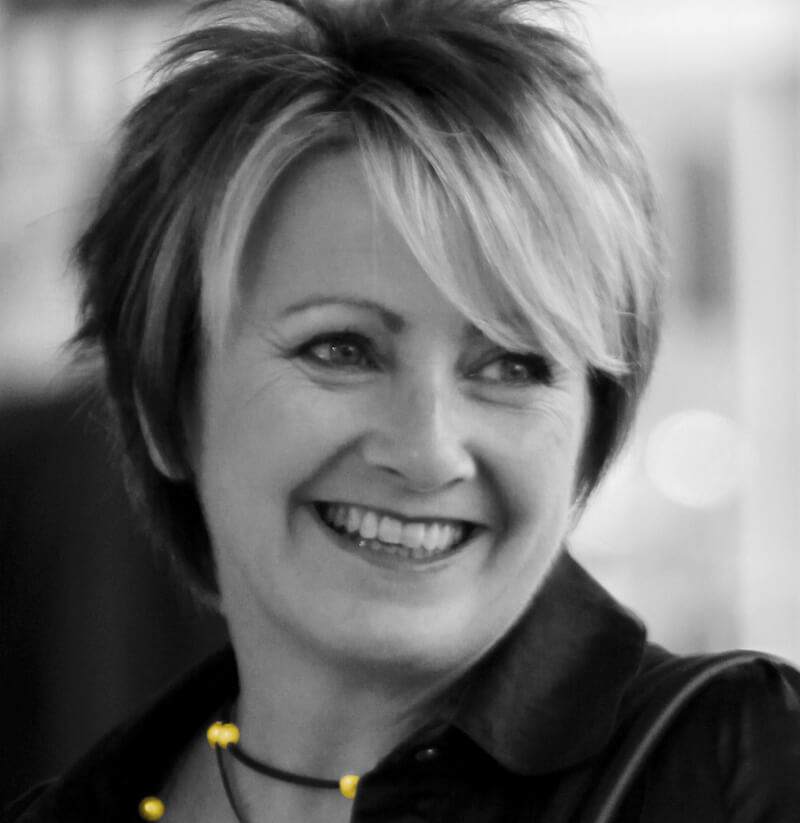 Jacqui has a significant interest in working with First Nation peoples to ensure their voices and stories are heard.